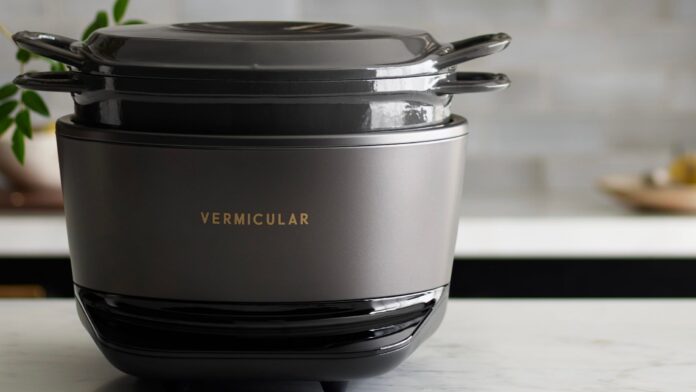 If you are interested in Japanese cast-iron, then you have to check out a brand called Vermicular. The company currently manufactures high-end cast-iron enamelware. And takes on the French brands such as Le Creuset and Staub. I have to say Vermicular makes some great-looking pots. And because the company uses graphite cast-iron for added strength, their cookware is worth serious consideration.

But unlike Staub and Le Creuset, Vermicular is relatively unknown outside of Japan despite its reputation for quality. So in the article, you can learn about Vermicular, including history, product features, and product range.

Vermicular is a family-owned business that manufactures cookware for the Japanese market. Despite this, the brand is gaining a worldwide reputation for manufacturing high-quality enameled cast iron. And equal to other well-known brands such as Staub and Le Creuset.

The company also successfully combines one of the oldest cooking materials, cast iron, with modern technology. And specializes in high-end enameled Dutch ovens and frying pans. The company has also developed an induction cooker/ Dutch Oven combination that surrounds the outer surface for even cooking.

Vermicular was founded by two brothers, Kunihiro and Tomohiro Hijikata. The brothers manufacture the cookware line in the Hijikata run Aichi Dobby Foundry (Wiki Japan). Despite Vermicular being a relatively new cookware line, the family has been in the cast iron business since 1936.

The Hijikata family operated the original Aichi Dobby ironworks. And was known for its ability to cast and machine iron. The factory produced industrial sewing machines and dobby looms. However, the business slowed in the mid-20th century during an economic downturn. And due to the development of new technology over that time.

In 2010, the two brothers decided to revive the legacy of family casting works by creating world-class enameled cast-iron cookware.

The brothers began designing an enameled Dutch Oven with an innovative induction cooker.

Vermicular cast iron is made using a mix of iron and a small amount of 13 other metals to produce graphite cast iron.

Graphite iron is more durable and can be machined thinner than standard cast iron. This results in lighter ironware.

However, graphite iron is not easy to machine and requires a lot of technical expertise. This type of casting metal is uncommon for cast-iron cookware, but it plays to the strengths of Japanese metal casting that date back thousands of years.

How Are Vermicular Dutch Ovens Made?

The iron and trace metals are melted at 2700 degrees Fahrenheit. The molten iron is then poured into sand molds using the green sand method of casting.

Pots are then tooled by hand, removing the gate mark and rough burrs. Workers then smooth and round the edges of the oven and handle.

Next, the pots are carefully inspected for any imperfections. And the cookware undergoes the base coat of enamel.

Vermicular enamel cookware receives three coats of enamel glaze in total. This helps ensure the enamel glaze is less likely to chip and develop fractures, known as crazing. Multiple layers of enamel also help ensure the cookware stays rust-free and will last for years to come.

The signature Vermicular product is the Matsui-Komodo, a removable cast-iron Dutch Oven that fits into an induction slow-cooker.

The induction cooker takes up little space on your kitchen countertop. And is ideally suited for smaller families and kitchens.

The Musui-Kamado is a revolutionary cast iron induction multi-cooker. It can be used to cook a variety of dishes. And is ideal if you want to slow cook your meals. You can use the cooker for the following cooking methods:

The Musui-Kamado allows home cooks to make one-pot restaurant-quality meals right in their own home. Vegetables will retain their natural flavors, and meat will simply fall apart. Put the Matsui-Komodo on your watch list because this little beauty isn’t a small purchase. But if you are looking for a cast-iron alternative to an air-fryer, you may want to check it out. Here’s an affiliate link to Amazon if you’re interested to see current prices.

If you decide to purchase a Vermicular Dutch oven, it will have three coats of enamel similar to Staub and Le Creuset cast-iron cookware. Unfortunately, Vermicular ovens also come with an equally high price tag.

But you can expect your Vermicular Dutch Oven as equal in quality to its French counterparts. And just like other premium cast-iron, your oven is carefully inspected and individually smoothed. Handles and edges are checked before any oven is enameled.

You can also expect a tight-fitting lid. Vermicular proudly states they can machine cast-iron to .01mm accuracy. Vermicular is right up there with the best Dutch Ovens you can buy.

Now let’s see how the Japanese pot sacks up against one of the most recognized brands in the cast-iron industry, Le Creuset.

Choosing a new skillet is already hard enough. But now, Vermicular has also introduced cast-iron frying pans to the company lineup. The pans are thinly cast but still retain all the benefits of regular cast iron.

Unlike regular cast iron skillets, the Vermicular skillet features a wooden handle to further reduce the weight. Reducing the weight caters to the Japanese market that finds standard cast-iron skillets too unwieldy. The frying pans have a classic, timeless design and will look great on display in any kitchen.

Vermicular frying pans are a great option if you want to use cast-iron but are put off by the weight of a regular cast-iron skillet.

But since the handle is wooden, it’s not the best choice for oven use.

Comparing a Vermicular and Lodge Skillet

Should I buy Vermicular Cast Iron?

It’s a sensible question since the cookware brand is not the cheapest on the market. But the company produces high-quality cast iron cookware equal to Le Creuset and Staub. The cookware is made with durable graphite cast-iron that should last years to come.

Personally, I’d opt for a stand-alone Dutch oven and not the induction/Dutch Oven combo. Unlike many Japanese homes that only have a small toaster oven, you are unlikely to need the Matsui-Komodo combination.

The Vermicular Dutch oven features a classic French design handled lid that places downward pressure when lifting. This makes the Dutch Oven easier and safer to move from place to place.

Vermicular is high-quality ironware that uses Japanese precision casting technology. The cookware tends to be lighter than alternative cast-iron brands and looks fantastic. It’s more expensive than competing brands, but this Japanese cast-iron is sure to please. 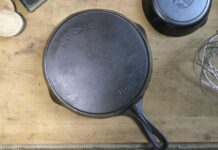 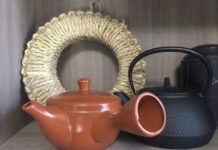 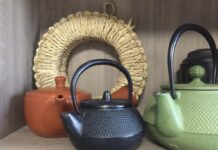 Braiser versus Dutch Oven, which pot is the better choice?

Oigen cast iron (history, how to use, care for your cast-iron)