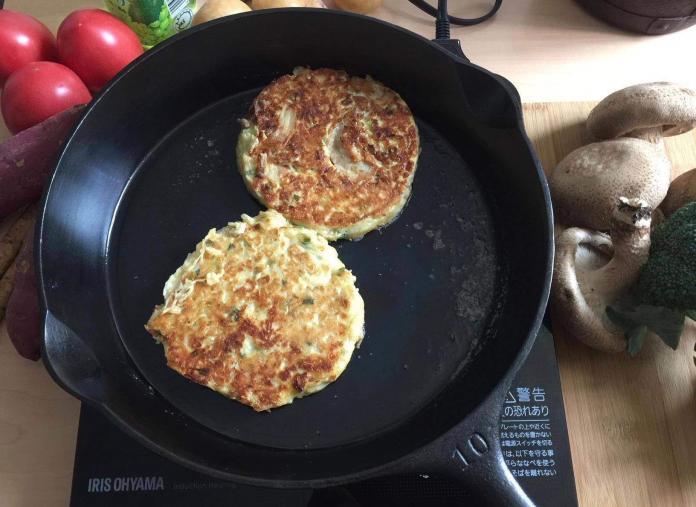 Wagner cast iron cookware is regarded by many as some of the finest examples 19th and 20th century cast iron. This could be due to the fact, much of the cast iron is over 100 years old and still very usable today. These antique pans are sought-after by enthusiasts and those preferring vintage cast iron to newer pans. But identifying and dating these old Wagner Ware Sidney -o- pans can be tricky.

So, with this article I hope to help you and other proud owners, identify and to give an estimate on the age of your cookware. You can also learn the history of your cast iron manufactured by the Wagner Manufacturing Company.

Here’s what you can find in this article

But first here’s a quick look at the Wagner Manufacturing Company.

Unlike Wapak cast iron which often has very characteristic casting flaws. Wagner cast iron tends to have few casting flaws resulting in very smooth cookware on both the interior and exterior of the cookware.

It’s really neat to think that workers would have worked on individual pieces, and machined smooth the interior and exterior of each pan. You can only see this level of detail in high end cast iron cookware such as Le Creuset and Staub.

Today Le Creuset and Staub have the benefit of combining traditional and modern methods of manufacturing. However, for the workers at Wagner, to make cast iron cookware without casting flaws or bubbles must have taken great skill and attention to detail.

Wagner made a huge range of cast-iron cookware

Sure, I think you can’t go wrong with a good old Wagner cast iron skillet it will serve you well for years and they’re great fun to use. However, you may want to to consider a Wagner Dutch oven. They are super smooth just like the skillets and reasonably priced. You can also buy cast iron muffin pans, which can be pretty cheap. Although watch out for shipping costs, cast iron can be weighty. Some of the Wagner cast iron cookware range includes:

If you are looking for a vintage skillet then Wagner skillets are a great choice. You can choose from sixteen different logos and trademarks or markings. I like pans with heat rings while others may prefer a pan with a smooth base.

I think this wide selection makes Wagner cookware more collectible than other manufactures such as Vollrath and Martin Stove and Range which made a limited range of products and used fewer logos.

“We do not strive to manufacture hollow ware as cheaply as possible, but as good as it can be made. We cannot afford to put on the market ware that will not sustain our reputation. The name ‘Wagner’ is cast on the bottom of each piece of ware.”

The family sells their interest in the foundry

Remember I’m not a cast-iron expert, however, here’s my tuppence worth as an enthusiast.

1. There’s plenty of Wagner cast iron around, take your time

There’s no shortage of Wagner cast iron. In fact Wagner had a huge market-share of the cookware market back in its hay-day. And there are plenty of fantastic Wagner skillets and Dutch ovens around in great condition.

2. What size skillet or Dutch oven suits your needs

The first thing you may want to think about is the size you need. There are often plenty of #8 skillets around. This size seems to be the most common, not only for Wagner skillets but for most of the other vintage cast iron manufacturers such as Favorite Piqua. If you’re interested in a Dutch oven then a Wagner Ware Dutch oven could be just your ticket.

Check the cookware carefully. The Wagner Manufacturing Company were early adopters of nickel plating. Although much of Wagner cookware will be made of just cast iron, heavy seasoning can hide nickel plating. Nickel plated can wear off or be patchy in places. Take a close look before purchasing.

4. Would you like a Wagner Ware skillet with a smooth bottom or with a heat ring?

Do you want a pan with a smooth bottom or one with a heat ring? The older Wagner Ware skillets will have a heat ring while the later made pans have a smooth flat base. It’s really a personal preference. I tend to like the older skillets with heat rings. I think they have more character but the smooth bottom Wagner cookware tends to be a little cheaper and from all accounts, they’re also great cooking pans.

5. Does the cookware sit flat?

As with all antique cast iron it could be a good idea to ask the seller if the pan sits flat. This is especially important if your cooking on a flat surface such as induction or glass.

Although I’ve researched carefully please use the dates as an approximation only.

Wagner cast iron cookware to my knowledge has sixteen known logos, brands or markings. These include:

Pie Logo 1924-1934 to the best of my knowledge (different authoritative published works are inconsistent).

There are several different versions of cast iron with the National marking. This budget friendly range was manufacturing from circa 1914 to 1940.

Fortunately, Wagner cast iron is easier to date than other foundries of the time. Wagner Ware also has a huge collector base so dates are well documented. The Cast Iron Collector is a valuable online resource for enthusiasts also there are facebook groups you can share your love of cast iron cookware.

The Wagner Manufacturing Company was known for quality over quantity and therefore had a great reputation for trustworthy products. Today Wager cast iron is highly prized with collectors. However, you don’t need to be a collector to enjoy vintage cast iron.

Although many cast iron enthusiasts may look for a Wagner made skillet, you’re not limited there. Wagner Manufactured a huge selection of cast iron goodies, therefore you may find yourself becoming interested in: 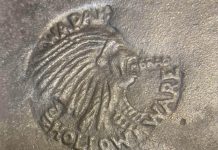 Oigen cast iron (history, how to use, care for your cast-iron)

Oitomi teapots and kettles (history, manufacture, use and care).

Is Staub Cookware Any Good? And Is It Worth The Price?

I trust you are enjoying summer, and making a few scrumptious dinners for your friends and family.

Boone Hicks is doing well, and it’s so pleasing to see readers return to the site. I have upgraded the hosting, as the site was struggling to load during heavy traffic.

My next article is a couple of months away. But it’s gonna be different. Yes, I’m finally able to save for a camera. And guys I’m almost there. I have to say, I’m quite excited about the prospect of getting in front of the camera.

In the meantime, thanks for coming to Boonie Hicks and have fun cooking up a storm.

Trust you are all safe and well.